Quality Magazine: You´re a very sophisticated person and you leave a unique fingerprint on all of your creations.

With reference to creativity: what is your greatest passion?

Glenn O´Brien: I have always been a writer. I went to art school and probably could have been an artist and maybe made more money, but I think I would have been embarrassed, since I identify as a writer.

Additional question:  Why do you identify as a writer? Is it your biggest talent or do you like the intellectual image you like?

Quality Magazine: Has this passion changed during the years? Why?

Glenn O´Brien: I think everybody goes through times of urgency and times of doubt or pausing (musicians call it ‘woodshedding’ because you sort of lock yourself away.) I have my ups and downs like everybody else. I do think you become more focused as time goes on, so I know what I want to do more know, perhaps, than before.

And where exactly is the emphasis of your work?

Quality Magazine: You have worked with many inspiring people. Who would you say has had the biggest impact on you and your work?

Glenn O´Brien: Andy Warhol had a big impact on me because he was my first mentor and I learned really a lot from being around him and working for him. I have had a long and great collaboration with the director Jean-Baptiste Mondino, who is a true artist in the classical sense. I have always gotten a lot from my friends who are musicians and visual artists, especially painters. I much prefer the company of painters and musicians to the company of writers or “fashionistas.”

There are great exceptions, of course, but I find that most fashion people are a bit one dimensional and they don’t think outside the box that is the fashion industry.   With writers, it’s not really all their fault, but what they do has been so devalued that generally they don’t have much spirit, integrity or independence. Maybe the internet can help give writers some independence again.

Often writers are big complainers. Maybe that’s how they got their start. So I often find them petty and bitchy. Also if they are specialists, working in a niche—writing about music or art or politics, they often seem frighteningly out of touch with the big picture.

The writers I like have one thing in common—humor. I hope to have some fun, even when I’m dead serious. I don’t know if I can generalize about how others feel in my company, but I would hope they’re not bored.

Quality Magazine: Is there a project you started but never finished? Something you´d like to finalize now?

Glenn O´Brien: I have written two film scripts that won’t be finalized until they are made. I am working on a big book project that is kind of the culmination of my thoughts on art over a long period.  I wrote a novel—my agent talked me into it– and when it was on the verge of publication I decided it wasn’t good enough and I pulled it. But I admit I have very little patience for contemporary novels.

reflection, or are you referring to specific experiences?

I suppose I became a writer because reading was so important to me. It’s a way of continuing your education. But I have found that it’s life that takes you to philosophy, not the other way around.

Quality Magazine: You said you´d only do magazines again if your creative director would be Peter Savile. Why?

Glenn O´Brien: I said Peter Savile, but I think I said that knowing I was perfectly safe because he wouldn’t do it again. I know why. It’s a terrible business. Just knowing the term “fashion credits” make me feel queasy. I guess my love for magazines is really nostalgia at this point. They are almost all terrible now.

Magazines are basically superficial and cowardly. It’s a big race to sell out the fastest and the biggest. Flattery will get you nowhere worth going.

Quality Magazine: How important are typography, graphics and design for print media?

Glenn O´Brien: Obviously they are crucial, which is perhaps another reason why we are either living in a print lull or it’s all over.

That’s putting the card before the horse. Design now is mostly fashion. Same with architecture. Philosophy is in storage.

I’m not sure what quality means now. Expensive? Luxury? It doesn’t seem to mean profound or sublime. Robert Musil’s The Man Without Qualities talks about Pseudo-reality. I think magazines are enforcers of pseudo-reality.

Most modern communication isn’t about meaning but faking it. We still have at least two languages existing side by side. Corporate language, which is broadcast and published, and human speech which is almost always oral and ephemeral. People walk around speaking in character without even realizing it. Godard’s 1960 film Alphaville has a very amusing take on this. The bible is the dictionary and words change meaning regularly or are eliminated completely.

At its best Twitter conveys gists and piths, which is very much the way poetry works. It’s the perfect forum for aphorism.

Quality Magazine: Can you elaborate on why this magazine stands out and what contemporary print media needs to be outstanding?

Glenn O´Brien: It’s very intelligent without being sexless. I don’t have much hope for print magazines. They are all devoured by the system—universal shallowness and proud, narcissistic stupidity.

Addition: I haven´t given up just yet.

Quality Magazine: What tempted you to do this exhibition?

Glenn O´Brien: I don’t like what curating has become—so pretentious and transparent– and thought maybe I could do better.

Additional question: And did you? What was it that got you ahead of the others?

The best curators are amateurs, I think. Artists, writers, people who don’t curate professionally. The professionals get imprisoned by the system, the machine that feeds them. 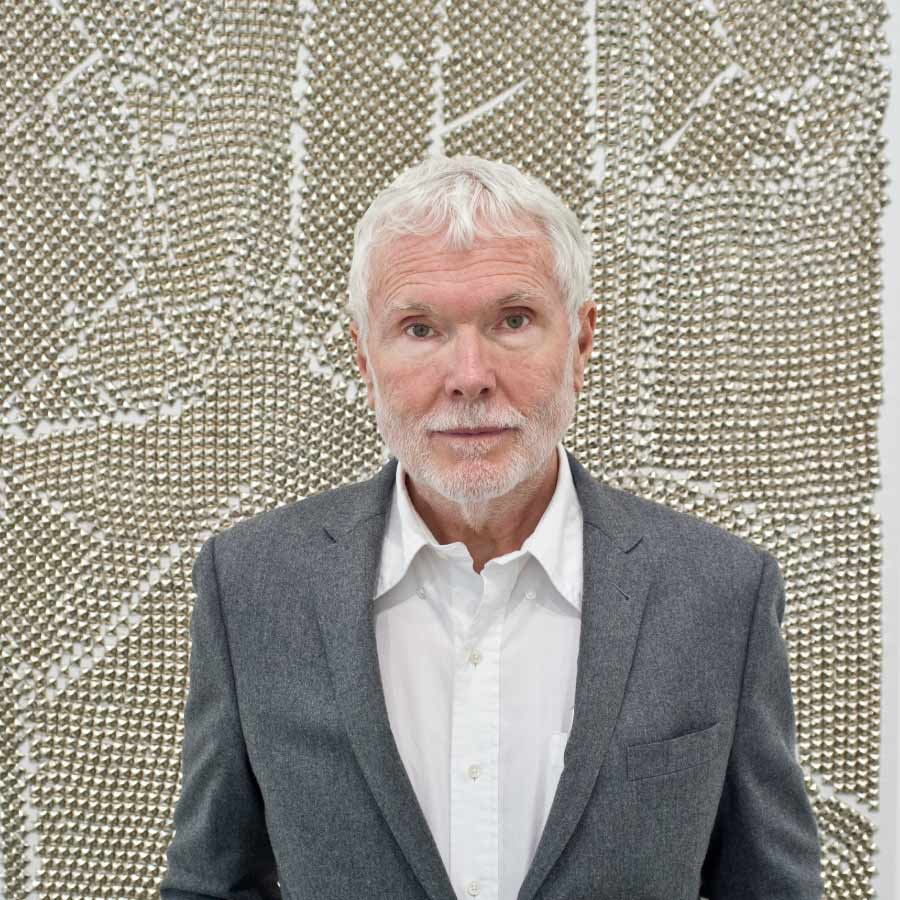